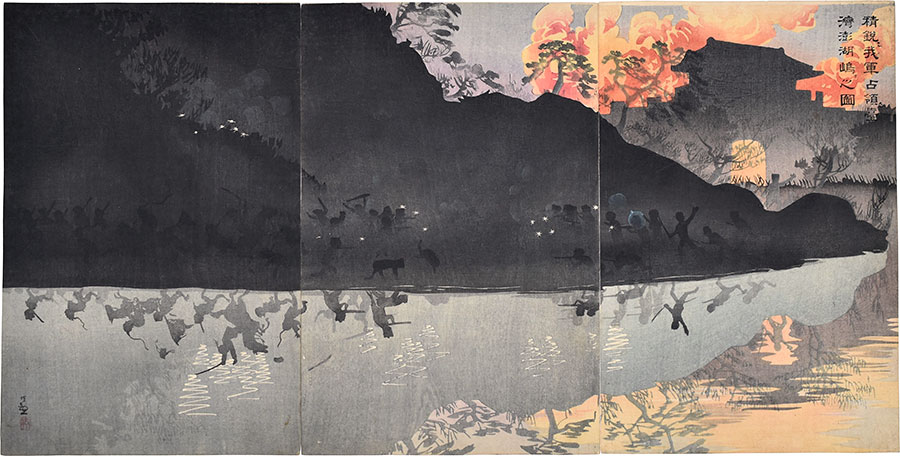 signed on left sheet, Kiyochika, with artist's seal Kiyo, dated on the left margin of the left sheet, Meiji nijushichinen, junigatsu (Meiji 27 [1894] December), followed by the address of the publisher Matsuki Heikichi V (1870-2931, of Daikokuya), this version issued ca. March 1895

Although this design was initially issued in December 1894 without a title, the subject is identifiable because Kiyochika used nearly the same composition in a circular cartouche on a sugoroku board game in December of 1894 which is identified as Fenghuangcheng, a riverside fortress which the Chinese evacuated and set fire to on October 29-30, 1894 as they retreated out of Korea across the Yalu River into Manchuria. The print was then reissued with a new title when the Japanese began their invasion of Taiwan, starting with the Pescadores Islands in March of 1895.