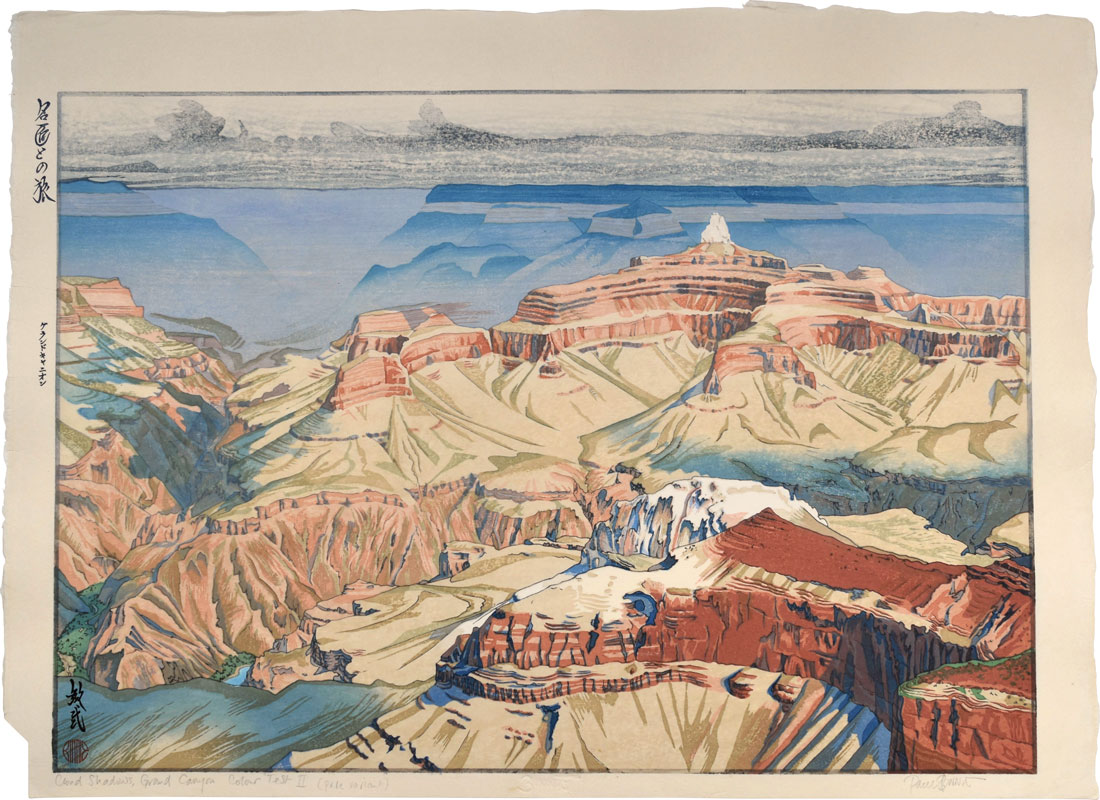 This is one of only two known pale variant test prints of Binnie's large-scale landscape woodblock print, Cloud Shadows, Grand Canyon. The variants were created while in the development stage of printing, partially in response to feedback from a collector who initiated the project by commissioning Binnie to travel to Arizona in 2004 in order to produce a woodblock print which would have been issued in a small edition. While on location, Binnie was pleased to capture the vista in an acrylic on canvas painting (later finished in oil) with dark storm clouds brewing in the distance. As was his normal process, Binnie explored various combinations of colors with the test prints, but the patron, who collected prints by American artists such as Gustave Baumann (1881-1971), had assumed the composition would be rendered in a lighter and brighter palette, decided to withdraw the commission. Freed of preconceived expectations, Binnie ultimately returned to a version which was closer to the view he captured in the original painting for the final numbered edition of the print.

In a productive turn of events, this became the first design in the Travels with the Master series for which Binnie visited locations depicted by Hiroshi Yoshida (1876-1950) in his early 20th century prints. This particular vantage is very close to that of Yoshida's 1926 composition.