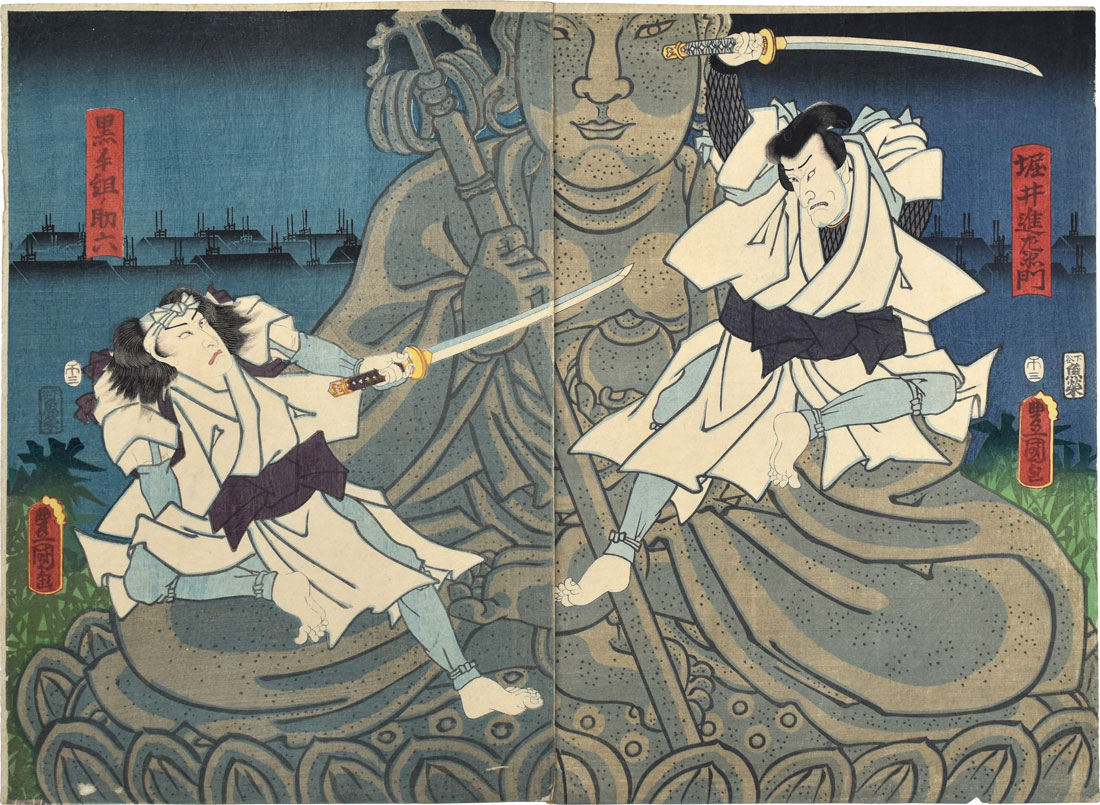 The actors Ichikawa Kodanji IV (1812-1866, on the left) and Seki Sanjuro III (1805-1870, on the right) are depicted in the roles of Kurotegumi no Sukeroku and Torii Shinzaemon, respectively, in the 'Hanagata Rokkakudo' scene of the drama 'Edo Zakura Kiyomizu Seigen' staged at the Ichimuraza theater the third lunar month of 1858.

In the scene, the hero, Sukeroku, is confronted by the villain, Shinzaemon, who Sukeroku has offended by proxy when he took Shinzaemon's disciples to task over their bullying and harassment of an innocent old man. Although Sukeroku had been trying to exercise restraint, he is compelled by honor after he realizes that Shinzaemon is the murderer of his father and is now in possession of his father's sword, a precious family heirloom. Sukeroku plans his revenge and lies in wait for Shinzaemon near the Komagata shrine in Asakusa and ambushes him when he sees him leaving the Miuraya tea house. Their battle takes place in the adjacent Sensoji Temple grounds in front of a stone statue of Jizo (protector of travelers and children). Sukeroku is ultimately triumphant and recovers the family sword.