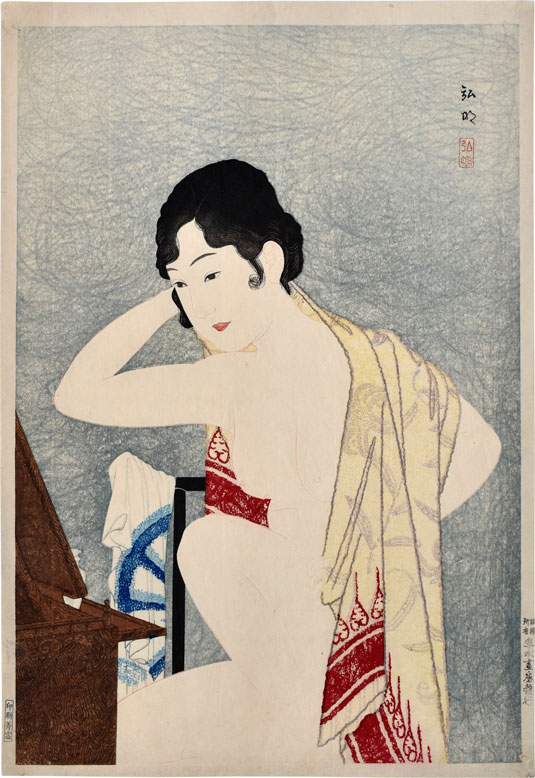 Make-up before the mirror (moga)
(Kagami no mae- Kesho)

This particular design falls within a subset of bijin-ga depicting women displaying the fashions and attributes of moga (shortened from modan garu, 'modern girl'). The most recognizable (and controversial) identifying characteristic of a moga was the bobbed haircut (or sometimes long hair was fashioned into a knot at the nape of the neck which would mimic the bob). The prototypical moga was an educated and independent woman, probably employed, and usually at least perceived of as promiscuous (if not actually so).

From the 1920s into the early 1930s Japanese women began to assert themselves beyond the strict ideals of their traditional roles as good daughters, wives and mothers. Many print artists approached the subject of moga as a fresh opportunity to depict bijin and their fashions; but some compositions also managed to convey temporal pleasures in the moga lifestyle. Appropriately, the decadence of enjoying the here and now of a fleeting, floating world is actually the very nature of ukiyo-e itself.