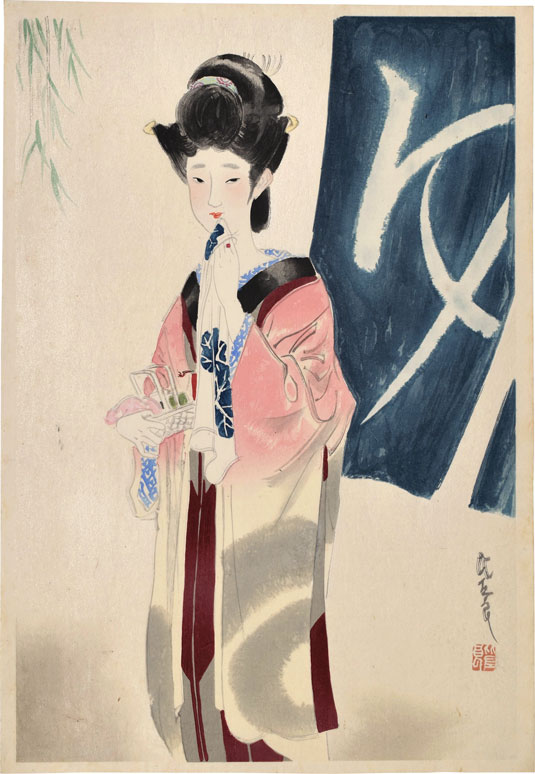 Returning from a Bath
(Yugaeri)

Tanaka Hisara was an active manga and newspaper illustrator from the late Taisho (1912-1926) through the early Showa Period (1926-1989). He joined the Shufu no Tomo Company in 1921 as an novel illustrator, and in 1930 he began producing drawings for the manga series Yomiuri sandei manga. Hisara was the illustrator of Dassen Musuko (Derailed Son) by the humorous writer Sasaki Kuni (1883-1964), the renowned translator of Mark Twain's novels The Adventures of Huckleberry Finn and The Adventures of Tom Sawyer. During the 1920s and 1930s he became known for his illustrations of modan gaaru ('modern girls'). The Japanese Government awarded Hisara the Order of the Sacred Treasure in 1968.