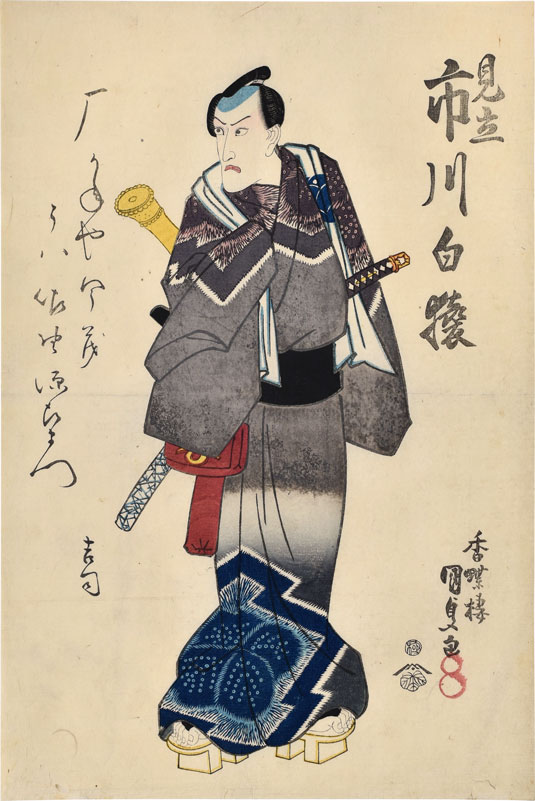 Ichikawa Ebizo V (Danjuro VII, 1791-1859) is depicted in an imagined portrayal of the impoverished warrior Sano Genzaemon (Tsuneyo) who was a principal character in the Noh and kabuki plays, Hachi no ki (The Potted Trees). In the story, Genzaemon generously chops his beloved pine, cherry and plum bonsai trees on a snowy night in order to warm a traveling monk named Saimyoji (who was really the retired egent Hojo Tokiyori in disguise). Upon returning to Kamakura, Tokiyori calls his men to arms, and despite his shabby appearance, Genzaemon rushes to muster for the shogun. Impressed by his honor and loyalty, Tokiyori bestows upon Genzaemon three pieces of land, each associated with the three types of wood which the warrior had burned that fateful night: pine, cherry, and plum.